How Social Media Can Change Your Business 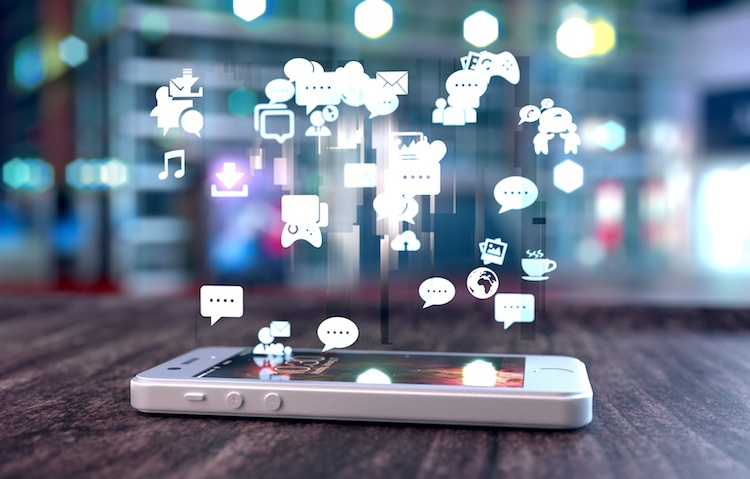 As we move into 2018, it seems difficult to even remember what it was like when our entire culture wasn’t completely immersed in social media. This is true, not just for those who were born or came of age well into the digital era, but for those of us who were around earlier as well. I myself was somewhat reluctantly dragged into the social media world, and mentioned in a blog right here on the Rhino site that it seemed redundant and unnecessary to have yet another way to stay in touch with my friends and family. Yet at this point in time, it seems almost impossible to get by without staying connected to at least one or two social networks. 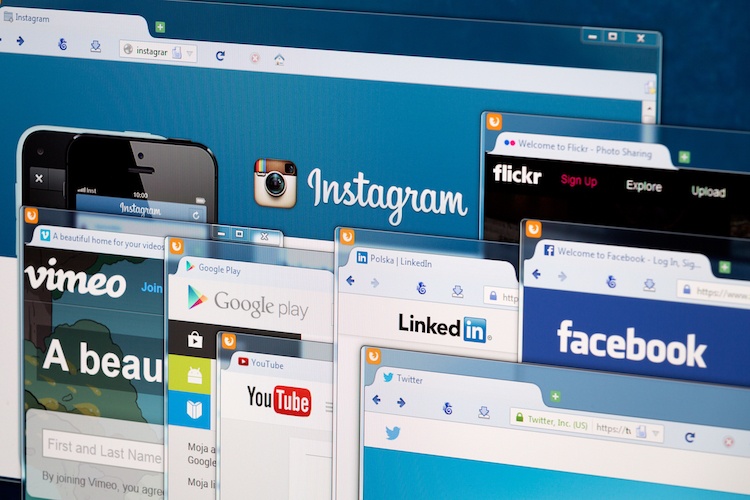 You don’t need to take my word for, though, I’m sure if you spend any amount of time on the internet, you’re well aware of the ubiquity of social media. The numbers, of course, speak for themselves. Globally, 97% of adults (aged 16 to 64) who go online say that they have visited or used social media at least once in the last month. (In some areas, that number almost reaches 100%.) More than half of that same group (56%) uses more than one of the “big five” social networks (Facebook, Twitter, Instagram, Pinterest, and LinkedIn), with Facebook way out in the lead at 79%, according to a study by the Pew Research Center.

...and we’re using it everywhere. 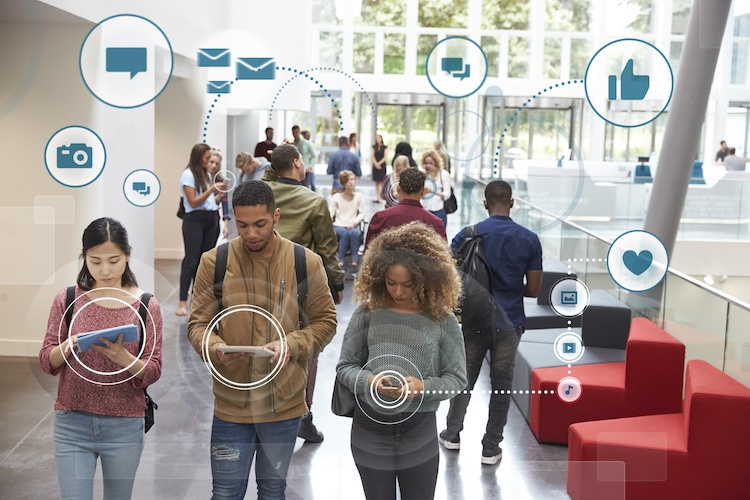 Back in the first generation of the web, people typically waited (impatiently) to get home from work or school to go online. If you’re old enough to have been online in the 1990s, you probably remember how hard it was to get on AOL from around 3 to 4 PM or around 6 to 7 PM, when their dialup lines were always tied up. But now, we’re connecting from everywhere, using smartphones and other mobile devices. The analytics firm, Flurry, reports that U.S. users spend more than 5 hours a day on their mobile devices, more than we spend in front of our TV sets, with the majority of that time spent in social networks. To make that even more clear, close to 80% of the time we spend on social media happens on our phones and tablets.

It’s not just for wasting time. 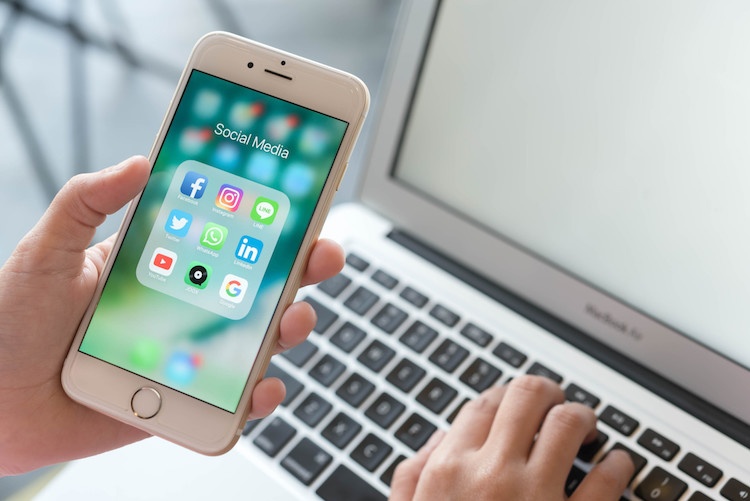 I have to admit, that my first impressions of social media were left me feeling that it was just another way to waste time on the internet and had no real practical value. And indeed, much of our media feeds are filled with food porn and photos of our kids and kittens. It’s probably true for much of the youth of America. Social Media Today reported last year that those between the ages of 16 to 24 state that their primary reason for using social media is to fill up their spare time. With users of increasing age, who generally don’t have as much time to waste, priorities change, with users reporting that the use the networks to keep in touch with friends and family, get news and opinions, and shop and research the products and services they’re buying.

Social Media and The Business World 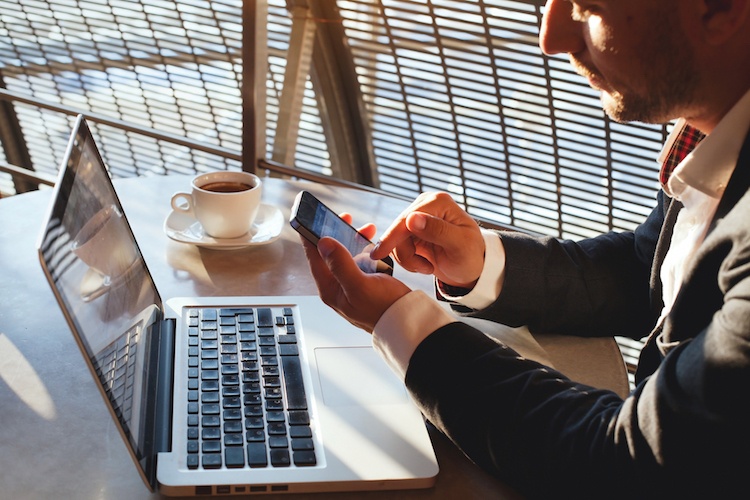 Though there seem to be an infinite number of things we can do on social media, it can’t be denied that it has value to businesses in today’s world. Almost half (48%) of Americans have interacted with companies on at least one of their social media platforms, with almost a third stating that they prefer interacting with businesses through their social networks than by visiting their physical locations. This isn’t exactly new news either. It’s been almost four years since Forbes reported that 97% of business marketers include social media in their marketing plans, with no sign of that number decreasing any time soon.

Savvy marketers are putting their money into social media marketing, and it’s paying off, big time. Here are some of the ways that we’re making it worth their while. 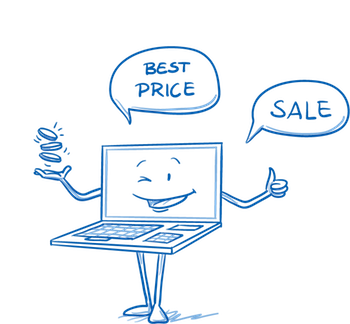 Consumers prefer to shop online, and they don’t always seek out a company’s website to make a purchase. Pinterest has over 100 million active monthly users, and 93% of them have used the platform to research or buy something. 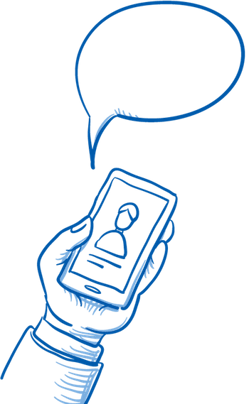 Social networks provide a forum for consumers to interact with your customer service department. No one likes to wait on hold for someone to pick up at a call center, or send off an email and wait for an indefinite time period to get a reply. More than half of people with social media accounts (59%) say that it has become easier to get their issues resolved or get answers to their questions. 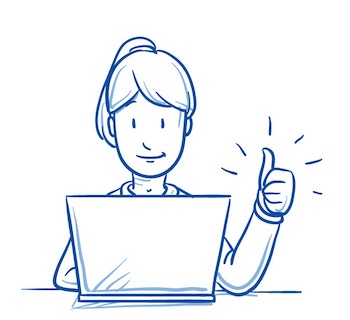 Today’s consumers, especially millennials, now the largest demographic, love to get information online before they make a purchase. By the same token, they’re likely to share their opinions and experiences with businesses, which will in turn influence others’ decisions. Make sure you’re giving them something good to talk about.

Social media is constantly evolving. No one really knows exactly where it will be and what form it will take in the next few years, let alone long term. But we can expect that it’s going to remain a valuable marketing platform for the foreseeable future. We see these as some of the most significant benefits of including it in your marketing strategy: 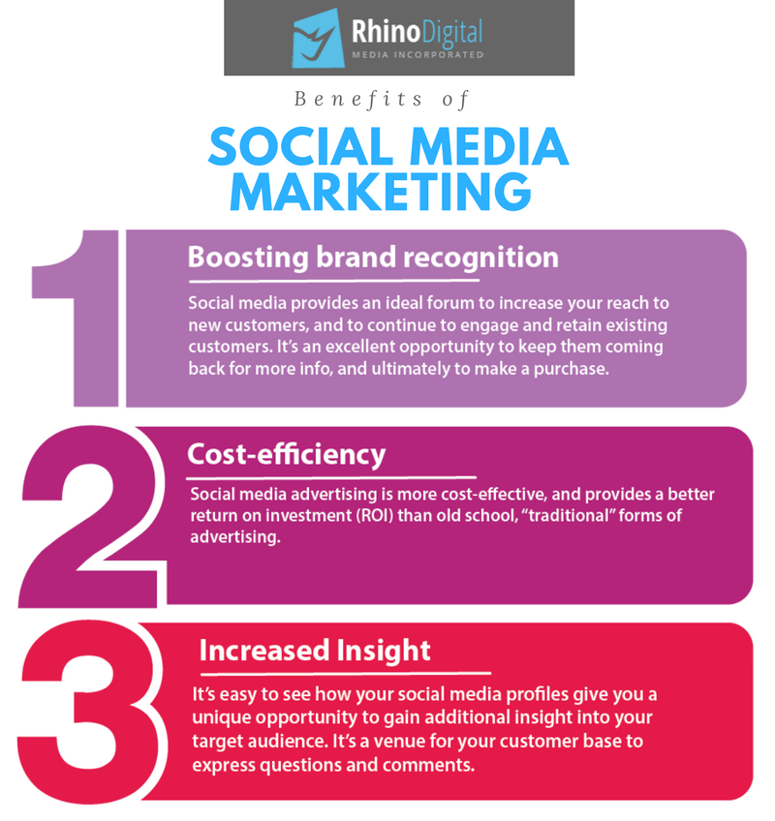 To learn more about how we at Rhino help our clients implement a great social media marketing strategy, give us a call today for a free consultation.